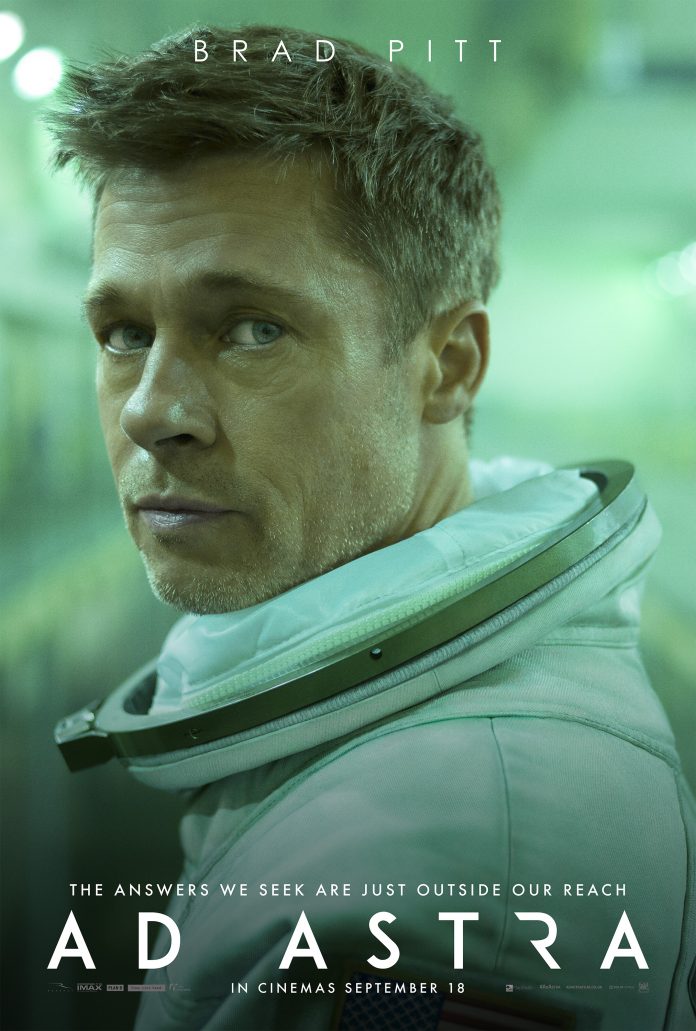 Roy McBride is desperate to uncover the truth behind his father’s mysterious disappearance while on a space mission, and will go to the ends of the Earth, and beyond, to do so. Brad Pitt, Tommy Lee Jones, and Donald Sutherland star in this epic sci-fi drama, guaranteed to keep you gripped.

When Clifford McBride (Tommy Lee Jones) was headed on a one-way mission in search of extra-terrestrial life, his son, Roy (Brad Pitt), waved him off proudly. Years later, long after Clifford went missing in space, Roy has followed in his father’s heroic footsteps. Now an Army Corps engineer working beyond the boundaries of the atmosphere, concern grows as a daunting ‘Surge’ begins to take over the planet, causing power outages and affecting communication. 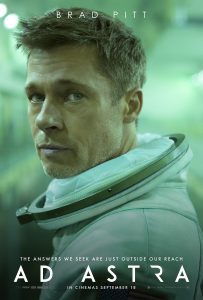 As things get more desperate on Earth, Roy delves deeper into his father’s work. Learning of Clifford’s highly classified and dangerous experimentation in the far-flung corners of space, Roy discovers that his missing father’s findings could hold the key to saving the planet.

Performance wise Brad Pitt gives another stellr performance of a son who wants to find out the truth about his father. He again is charismatic in his role but shows very little emotion. in his role. The character shows the solitutude and masculinity of his character very well. Tommy Lee Jones as the father lost in space is on fine form in his brief role in this space opera. Fine support from Donald Sutherland and the blink and you will miss it role of Liv Taylor as the wife of Brad Pitts character. 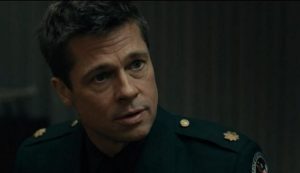 Direction wise James Gray does very well in giving us a science fiction film that is very real and not over the top.It is very well filmed by the cinematographer and fabulous look at. The director should be applauded for giving us a family saga about a man grappling with the person he has become by way of an increasingly intense desire to reconnect with his astronaut dad who abandoned him. Also the director does very well in showing us the line between heroism and villainy. In this film the director shows it with a hollowed man’s desperate to reunite with his father or a man who allows increasingly dubious ambitions to threaten the lives of everyone around him.

Ad Astra is as roller coaster interstellar ride to the Moon, Mars and Neptune and back. It is a sons quest to find ouit the truth about his father. We get stellar performances from both Brad Pitt and Tommy Lee Jones. All do go and watch this exceptional science fiction film that talks about deep meaning issues.You will not be disappointed.

Bad Boys for Life Review: Will Smith and Martin Lawrence Return to Form