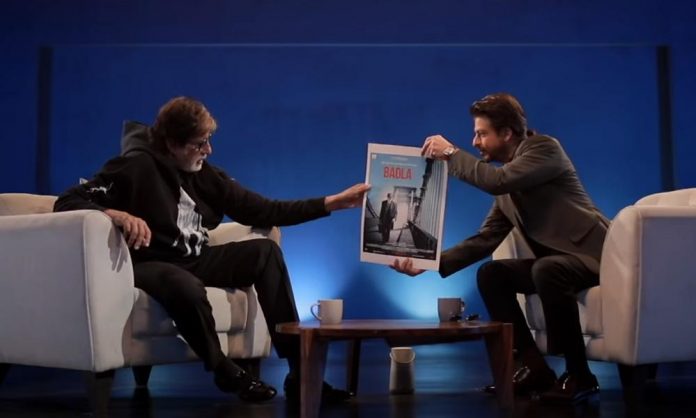 Amitabh Bachchan and Taapsee Pannu are all set to reunite on the big screen after their 2016 hit Pink. Just like Pink, Badla will see Amitabh Bachchan as a lawyer and Taapsee Pannu as his client. However, unlike Pink, Badla is a mystery thriller and there is more to both Amitabh and Taapsee’s character than what meets the eye.
While the movie is up for a release this Friday, the makers have released a special chat show featuring Amitabh Bachchan in conversation with Shah Rukh Khan. During the conversation, Amitabh complains to Shah Rukh about a poster of Badla he liked but the production team told him that they are not using it as it had been rejected by Shah Rukh. Shah Rukh then reveals the reason why he rejected the poster.

Watch the episode as Amitabh Bachchan and Shah Rukh Khan get candid about their journey and watch till the end as there’s a special appearance too!