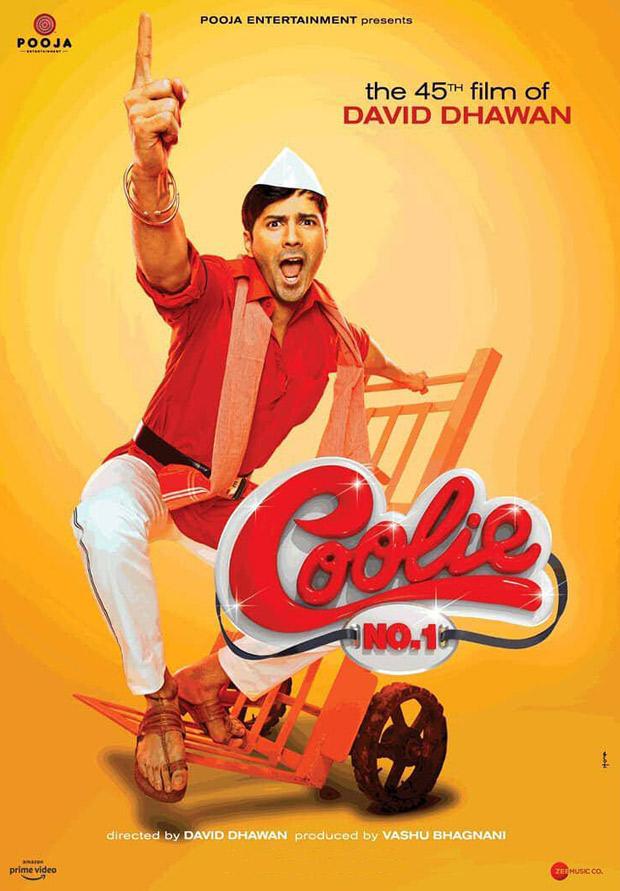 COOLIE NO 1 TRAILER GETS ACCOLADES FROM B-TOWN

Just hours after the trailer release of Sara Ali Khan and Varun Dhawan starrer Coolie No. 1, the three-minute trailer of one of the most anticipated movies of the year has started capturing the hearts of Bollywood fans as well as from some of the biggest Bollywood stars.

Anil Kapoor tweeted: “The coolest, funniest and most charming Coolie in town is waiting for your arrival!! Loved the #CoolieNo1Trailer!!!

Karan Johar tweeted: “So entertaining!!!!! David ji is such a brilliant entertainer! He continues to rule! You are superb VD!!! So proud of you!! The entire ensemble is fab! Sara has given it her all! Full on energy!

The film is a comedy of errors and shows Varun Dhawan as a Coolie (Porter) who dons a new avatar to impress the daughter, played by Sara Ali Khan, of a wealthy businessman.

A combination of comic punches and funny confusions, Bollywood fans are looking forward to the movie’s exclusive premiere on Amazon Prime Video on 25th December 2020.

SPIDERMAN NO WAY HOME “Is That Your Spiderman?” Trailer | Superhero Movie