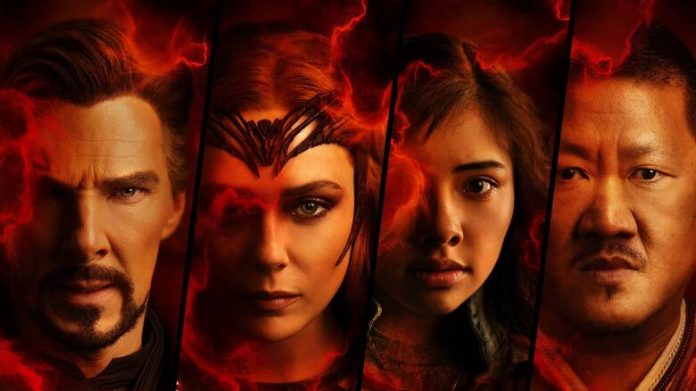 Doctor Strange in the Multiverse of Madness Film Review

In Marvel Studios’ Doctor Strange in the Multiverse of Madness, the MCU unlocks the Multiverse and pushes its boundaries further than ever before. Journey into the unknown with Doctor Strange, who, with the help of mystical allies both old and new, traverses the mind-bending and dangerous alternate realities of the Multiverse to confront a mysterious new adversary.

The summer blockbuster wastes no time in throwing us all into the madness as the movie opens mid-chase scene. We meet America Chavez , who’s on the run from a creature with Doctor Strange, but not our Doctor Strange.

Our Strange wakes up and assumes it’s all a dream – until Christine Palmer’s  wedding day is interrupted by the arrival of Gargantos , meaning Strange has to make a quick costume change. During the battle he meets Chavez and so begins the madness.

Strange suspects that witchcraft may be involved, which leads him to seek the guidance of Wanda who is still reeling from the loss of her children at the end of the Disney+ show and under the spell of the evil Darkhold, a book of evil spells. Wanda is willing to do whatever it takes to live in the universe where she still has her children, which unleashes chaos for Strange.

Performance wise we get to see more layers to our ego driven hero , with  more of a back story and a strong explanation of where he came from and where he is now. The audience get to discover him as a character who is vulnerable. As well as his unspoken love for Christine. We get fabulous support from his co lead in the film of Wanda played by Elizabeth Olsen. She gives an excellent performance where she is charming, loveable, terrifying and sympathetic all rolled into one. The addition of America Chavez is a plot driven character, whose skill set is pivotal in this blockbuster. The supporting cast of Benedict Wong et all give sterling performances also.

The director Sam Raimi gives us A Marvel film that is mixed up with elements from horror films. We get nasty kills, the undead, scary monsters and creatures and a lot of gore. He is helped along here by the excellent sound track by Danny Elfman.Dr Strange in the Multiverse of Madness is a fine addition to the Marvel cannon, and this is no small part to Raimi adding his horror tropes to the story.

Put everything down and prepare to journey into the unknown with Doctor Strange. You will go on a joyous, dazzling fantastical ride where you will  enjoy the biggest summer blockbuster and one of the best Marvel films yet!.

Movie Review: Chandigarh Kare Aashiqui CHANDIGARH KARE AASHIQUI is recommended. The superlative performances of Ayushmann and Vaani are like the icing on the cake.

Movie Review: Spider-Man – No Way Home (English) On the whole, SPIDER-MAN: NO WAY HOME is definitely a must watch. It won’t be wrong...

When Ram Gopal Varma In Anger Tweeted “Amitabh Bachchan ‘Is Such A Ch**iya Not To Do…” While Reviewing Bbuddah… Hoga Terra Baap!