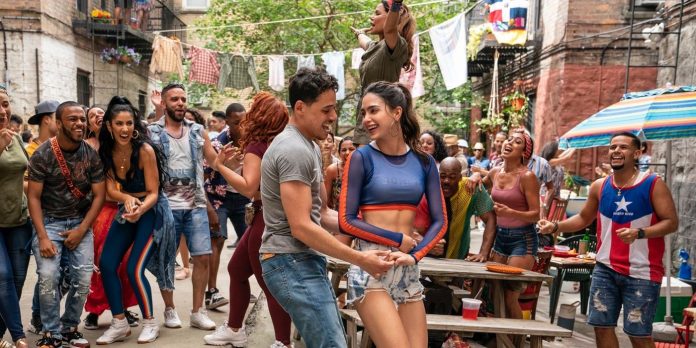 In the Heights Film Review

From the creator of “Hamilton” and the director of “Crazy Rich Asians” invites you to the event of the summer, where the streets are made of music and little dreams become big… “In the Heights.”

The film centres on a variety of characters living in the neighborhood of Washington Heights, on the northern tip of Manhattan. At the centre of the show is Usnavi, a bodega owner who looks after the aging Cuban lady next door, pines for the gorgeous girl working in the neighboring beauty salon and dreams of winning the lottery and escaping to the shores of his native Dominican Republic. Meanwhile, Nina, a childhood friend of Usnavi’s, has returned to the neighborhood from her first year at college with surprising news for her parents, who have spent their life savings on building a better life for their daughter. Ultimately, Usnavi and the residents of the close-knit neighborhood get a dose of what it means to be home.

Performance wise  we have at the intersection of it all is the likeable, magnetic bodega owner Usnavi (Anthony Ramos), who saves every penny from his daily grind as he hopes, imagines and sings about a better life. Melissa Barerra as the love interest who works at Daniela’s salon is stunningly beautiful and catches the eye of every guy in the Heights, however, she takes interest in Usnavi.Both have fabulous chemistry. The supporting cast are also fabulous support in this stunning feel good Bollywood style feel good musical made by Hollywood.

The fiLm fuses Lin-Manuel Miranda’s kinetic music and lyrics with director John M. Chu’s lively and authentic eye for storytelling to capture a world very much of its place, but universal in its experience.The film is about friends, family and lovers going through gentrification of the area they all reside in.

In the Heights has a rhytmem it makes you feel alive and what it means to belong and be remembered.The film is the most fun, liveliest films of the year which is full of hope and energy that kicks of the summer.

Put everything down and go and watch this film, it is a whole tonne of fun

Roadrunner: A Film About Anthony Bourdain Review: A Heartbreaking Remembrance of A Great Adventurer 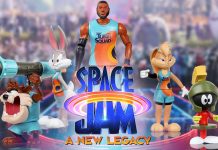