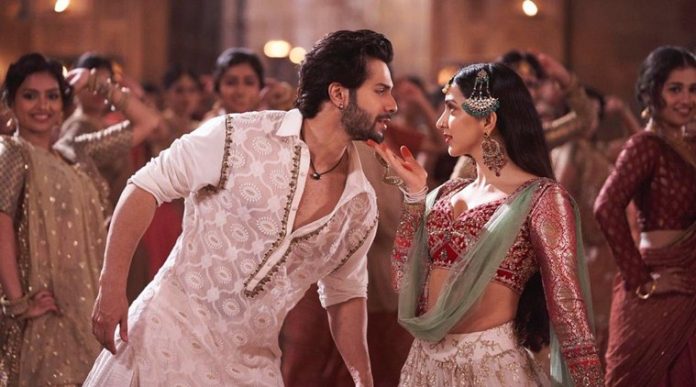 Check out Varun Dhawan and Kiara Advani feature together in this special new song from Kalank, titled First Class.The new song, is picturised on Varun Dhawan and Kiara Advani. The colourful video shows the two dancing in the streets with several others.The song video also shows Alia Bhatt getting married to Aditya Roy Kapur and Madhuri Dixit opening the doors of her haveli to watch Varun dancing with his friends. 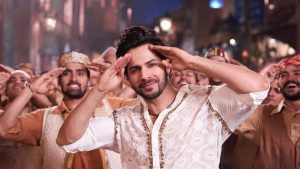 Set in 1945, in Pre-Independence India, Kalank is a tale of eternal love. A period film, is a story about an elite family and many of its hidden truths that begin to unfold as communal tensions rise and partition nears. Caught in this situation are Dev, Satya, Roop, and Zafar who find themselves in this battlefield of love. While the whole town is bathed in the shades of red, the question is – will these four see that red in violence or love? Starring Varun Dhawan as Zafar Aditya Roy Kapur as Dev Chaudhry Sanjay Dutt as Balraj Chaudhry Alia Bhatt as Roop Sonakshi Sinha as Satya Chaudhry Madhuri Dixit as Bahaar Begum.