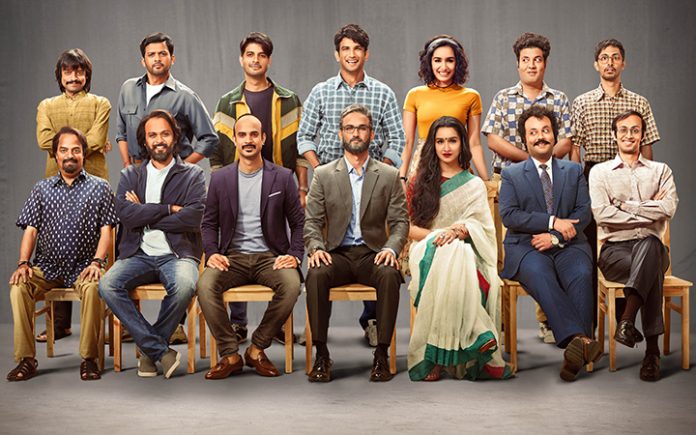 For most adults, the years spent in college are often considered to be the best part of their lives. It’s a time when the fear of the uncertain future always looms over the head but the joy of being with friends makes this period worth it. Nitesh Tiwari, after delivering the monstrous blockbuster DANGAL [2016], is back with CHHICHHORE, which focuses not on just the student part of the character’s lives but also on what happens when they have a reunion a couple of decades later. So does CHHICHHORE manage to give viewers an entertaining time and make them go down memory lane? Or does it fail to stir up any emotions whatsoever? Let’s analyse.

is played just for a few seconds. Sameer Uddin’s background score is subtle but makes an impact.

Amalendu Chaudhary’s cinematography is appropriate. The hospital, hostel and sports scenes are well captured. Laxmi Keluskar’s production design is good. Mukesh Chhabra’s casting deserves praise as all actors fit the bill. The casting of Abhimanyu Rathod is quite nice. Sunil Rodrigues’s action is not too gory obviously and works. Rohit Chaturvedi’s costumes are authentic. The characters are even shown repeating their clothes in hostel scenes to keep the realism. Preetisheel Singh’s prosthetics and character design is overall quite good. But in case of Shraddha Kapoor and Tushar Pandey, it’s not very convincing. Charu Shree Roy’s editing is slick and the present-day and flashback portions are well woven in the narrative.

On the whole, CHHICHHORE is a decent entertainer that has its share of entertaining and touching scenes. At the box office, it will be liked by its target audience – the youth and the families. However it will require a positive word of mouth to sustain and excel.

Bad Boys for Life Review: Will Smith and Martin Lawrence Return to Form