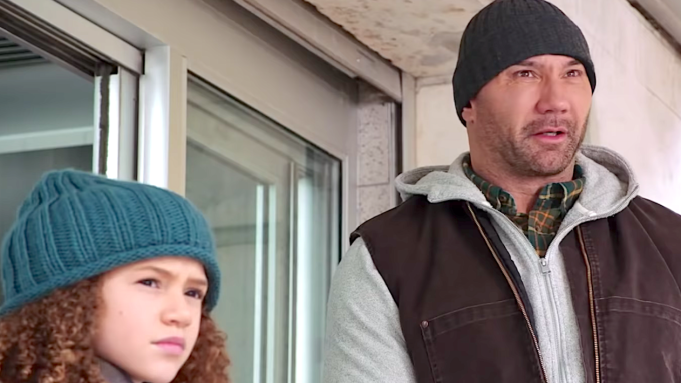 My Spy is a action comedy film directed by Peter Segal, written by Jon and Erich Hoeber, and starring Dave Bautista, Chloe Coleman, Kristen Schaal, and Ken Jeong. The film follows a CIA agent who must watch over a young girl after he is assigned to protect her family.

He’s a pro. She’s a natural. My Spy follows JJ a hardened CIA operative (Dave Bautista) who has been demoted and finds himself at the mercy of a precocious 9-year-old girl, named Sophie (Chloe Coleman) where he has been sent undercover begrudgingly to surveil her family. When Sophie discovers hidden cameras in her apartment she uses her tech savviness to locate where the surveillance operation is set. In exchange for not blowing JJ’s cover Sophie convinces him to spend time with her and teach her to be a spy. Despite his reluctance JJ finds he is no match for Sophie’s disarming charm and wit. 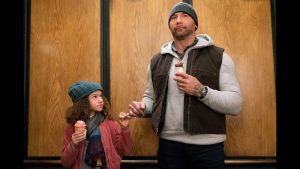 The main leads game-for-anything performance by Dave Bautista, he just has some spectacular comedic chops that works well. It’s something about his dry delivery that makes his lines work and he does it with the most serious look on his face. He’s also clearly not afraid to look like a fool, pulling out some physical comedy and dorky dad dance moves that can pull out a few laughs while making him endearing. Sadly the actual jokes and scenarios are either just flat out unfunny, or feel so out of place in 2020. There’s an entire subplot involving the gay neighbours who give Bautista a makeover before a big date… Chloe Coleman is spot on hilarious as the clever child who works out totally what is happening.What the happens is situations occur that that rely heavily on the comedic trope of the large muscle-bound man being asked to do typically girly things and a lot of lying that can be revealed during the climax of the film. 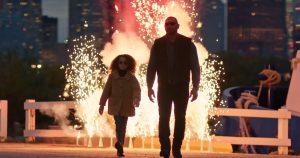 My Spy is, at best, basic. There are some laughs because of the genuinely great lead and no one is outright bad, but it feels like we’ve seen this before. Like Swartzneggar in Kindergarten Cop and done a lot better. A fun kids film that does not tax the brain too much! 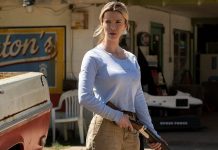