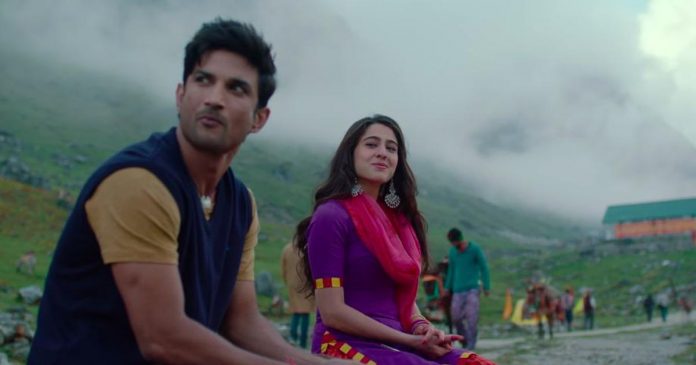 “He has just been the most helpful person I have had,” says Sara Ali Khan on co-star Sushant Singh Rajput

Sushant Singh Rajput and debutant actress Sara Ali Khan have begun promoting their upcoming film, Kedarnath. They were recently on the sets of a reality TV show where where they spoke about their film.

Sara was, full of praise for her co-stars Sushant, and credited him with helping her improve her Hindi. She was quoted as saying: “I am so glad that you asked me that. I have no idea how I have done this film. I have tried my best but I feel I couldn’t have done any of it without Sushant. He has just been the most helpful person I have had. There were days when I was lost and scared as it’s the first time I am facing the camera but he has been hand on. Sushant also helped me improve my Hindi and whatever little I speak, he has taught me. He has helped me a lot.”

Directed by Abhishek  Kapoor, Kedarnath is based around the love between a Hindu girl, who is on a pilgrim to Kedarnath, and a Muslim pitthoo (people who carry pilgrims on their back) and how they get cause in the devastating floods.

Liam Neeson Is Excited for Seth MacFarlane's The Naked Gun