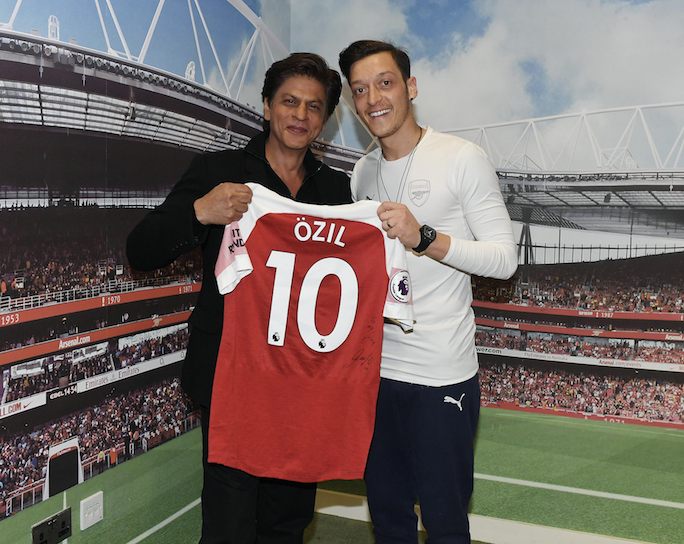 The Indian actor watched Arsenal beat Newcastle United 2-0 and, at the match at Emirates Stadium, posed with an Arsenal jersey with midfielder Ozil, as well as his fiancée, Turkish-Swedish model and actress Amine Gülse.

World Cup winner Ozil too responded in kind, tweeting to his 23.9 million followers in both English and Hindi.

EXCLUSIVE: "I thought it was interesting, I didn't think it can go to that level" – says Vipin Sharma on his chai sequence in...

Kriti Sanon Is In A Romantic Mood, Talks About Finding The...