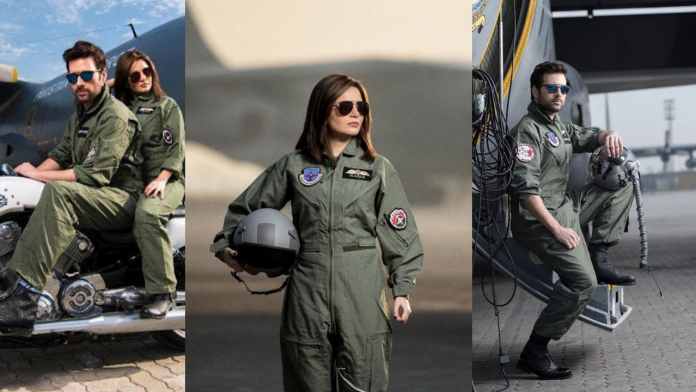 Check out the Sherdil Trailer, it takes us back to 1965 and Mikaal plays a fighter plane pilot during the Indo-Pakistan war at the time. He will learn about the importance of duty, honour and love for one’s country along the way.

Sherdil is an upcoming Pakistani film that revolves around the Pakistan Air Force (PAF). This is the second movie with a PAF theme after Parwaaz Hai Junoon (2018).So far, we’re impressed by the visuals in the trailer and it looks like the crew did their homework regarding fighter planes and how they maneuver. the electrifying teaser of @sherdilthemovie is charged with passion and emotions!

Sherdil also stars Armeena Rana Khan, Sabeeka Imam and Hassan Niazi, although we don’t see much of them in the teaser. The film is being helmed by Janaan and Parchi director Azfar Jafri and is slated for a March 22 release.
To release on March 22,

SPIDERMAN NO WAY HOME “Is That Your Spiderman?” Trailer | Superhero Movie