In Spies in Disguise we have our hero super spy going super fly, from the studio that brought you Ice Age, Ferdinand andRio. When events take an unexpected turn, super spy Lance (Will Smith) and scientist Walter (Tom Holland) have to rely on each other in a whole new way…

Super spy Lance Sterling (Will Smith) and scientist Walter Beckett (Tom Holland) are almost exact opposites. Lance is smooth, suave and debonair. Walter is… not. But what Walter lacks in social skills he makes up for in smarts and invention, creating the awesome gadgets Lance uses on his epic missions. But when events take an unexpected turn, Walter and Lance suddenly have to rely on each other in a whole new way. And if this odd couple can’t learn to work as a team, the whole world is in peril. 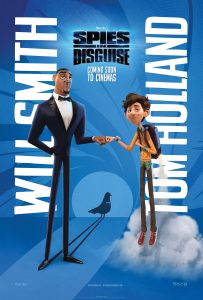 The directorial debut of Nick Bruno and Troy Quane, Spies in Disguise takes all the fabulous tropes pf the James Bond and Mission Impossible films and gives us a team up between the one of the world’s most dangerous and harming spies, Lance Sterling (Will Smith). Who often takes on assignments by himself, who is a legend. But when he’s framed for stealing potentially devastating drone technology, he’s forced to go on the run and turn to an imaginative inventor he only just met (and fired): pacifist Walter Beckett, voiced by Tom Holland.With the added handicap of turning into a pigeon to accomplish his mission.

We get the obvious character beats about Sterling having to learn to work as a team and that weird can be cool, Smith finds a surprisingly sympathetic note. The story forces him to confront the morality, and impact, of what he does. Tom Holland makes a terrific foil in both the comedic and dramatic moments.Both Holland and Smith make for a fun pair with a genuine rapport that develops across the film. The supporting cast is filled with such great talent as Rashida Jones, Karen Gillan, Reba McEntire, Rachel Brosnahan and Masi Oka. They don’t get much to do, but they’re just as good as they always are in their brief time on-screen

Spies in Disguise only works so well because of its talented cast. If you are looking for your kiddo dosage of familiar gags and Bond homages , this hilarious animated film for children should keep the little ones amused over X-MAS and the oldies working out which films from the spy genre the film pays tribute to. Crash bang wallop kid friendly spy film that gets us in the mood to welcome back thr iconic 007 in 2020. 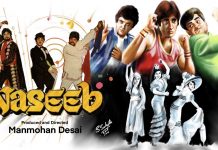 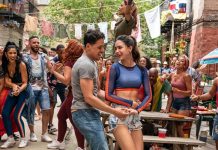 In the Heights Film Review 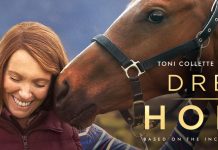