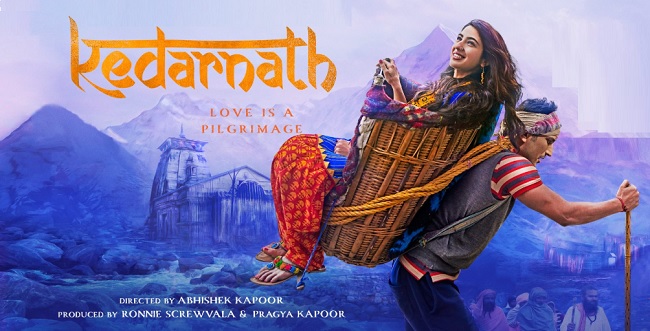 Sushant Singh Rajput on his role in Kedarnath

Sushant Singh Rajput went through rigorous training from local pithoos (pilgrim carriers) to get into his character Mansoor for the upcoming film, Kedarnath.

In the trailer and song video for Nammo Nammo audiences were given glimpses of Sushant’s character carrying pilgrims on his back, whereby he refused a body double. In order to act and look the part Sushant would spend a lot of time with the pithoos in Kedarnath and also went shopping at the Tilwada Bazaar.

Talking about this, director Abhishek Kapoor said, “Sushant, as an actor, shows a lot of dedication to his character. But, this time, it has been physically very demanding on him. He had to carry someone around 60 kilos every day for the entire shoot up and down for more than 10 days. It’s almost inhuman to do that but he did whatever was required of him to look the part.”

Also starring Sara Ali Khan, who makes her debut in the film, Kedarnath is an eternal love story set in the backdrop of the flash floods that wrecked the temple town of Kedarnath, India in June 2013.