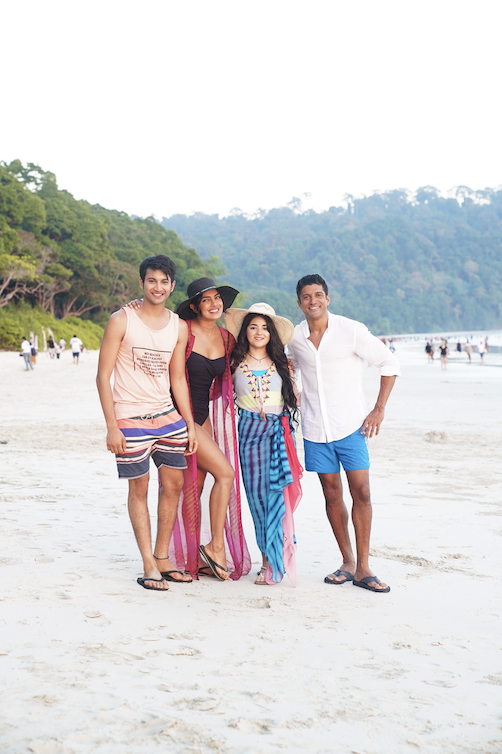 The Sky Is Pink image will surely give you family goals

he makers of The Sky is Pink have released some film stills as well as the trailer, which came out this week.

The team will be in Toronto International Film Festival (TIFF) where the film will have its world premiere tomorrow, 13th September.

The film is based on the life of Aisha Chaudhary played by Zaira Wasim, who became a motivational speaker after being diagnosed with an immune deficiency disorder.

Priyanka captioned her post, “On my way to @tiff_net today. Can’t wait for the rest of the team to join me for the premiere on the 13th. So excited for the amazing early reviews & to share this with the world! #TheSkyIsPink”

Farhan captioned his Instagram post, “#TheSkyIsPink was made with not just hard work but with a lot of love and it is overwhelming to receive so much love and appreciation at #TIFF! Trailer will be out soon guys! Stay tuned!”

VIDEO: Donald Trump morphed as Prabhas in Baahubali; grabs the President of the United States’ attention