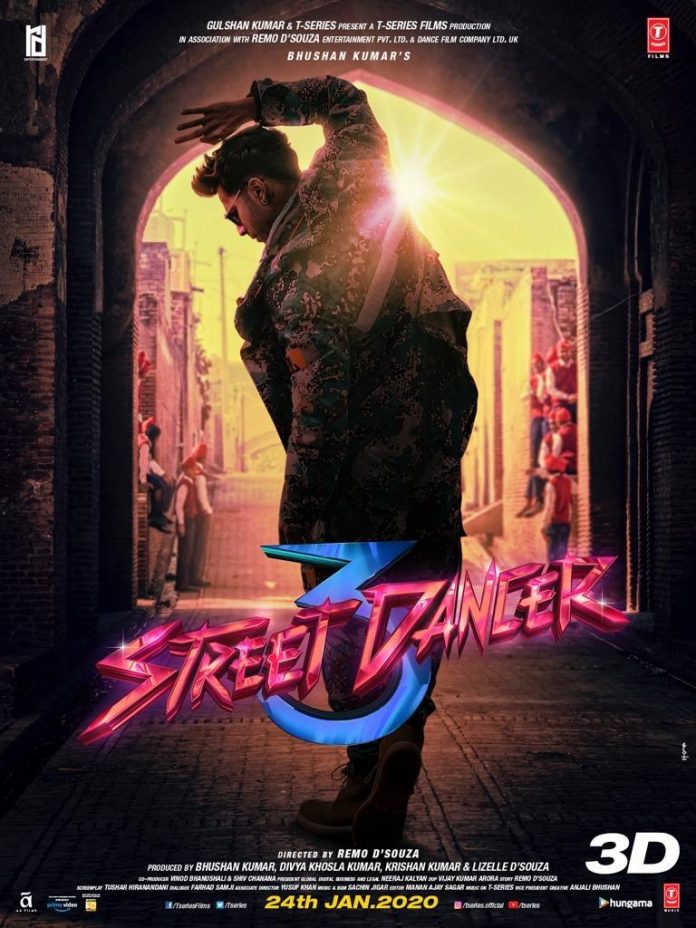 After dropping a handful of peppy and soulful songs, Varun Dhawan dropped an unseen poster from his forthcoming movie Street Dancer 3D.

The 32-year-old actor shared the poster featuring himself making a dance move on Twitter and wrote: “A story from the streets of Patiala to Piccadilly Circus streetdancer3d 24th Jan.” The film features Shraddha Kapoor as the leader of a Pakistani dance team whereas Varun Dhawan is seen representing the Indian team.

Synopsis: A dance epic based on the multifarious colours of dance and the unity that occurs between the two different groups coming together for a single cause.

Set in London, the film is about 2 rival dance groups from India and Pakistan, who’ve been competing against each other every time they meet, be it at a cafe or at an underground street battle, until they eventually realize that they stem from the same root and have a common purpose to stand for their people from the Asian subcontinent. Followed by the backdrop of a global dance competition, the film showcases how these underdogs stand strong against all odds.

Directed by choreographer Remo D’Souza, the film Street Dancer 3D has been making a lot of buzzes owing to the success of his previous dance-dramas ABCD and ABCD 2.

Shekhar Suman on his fight for SSR