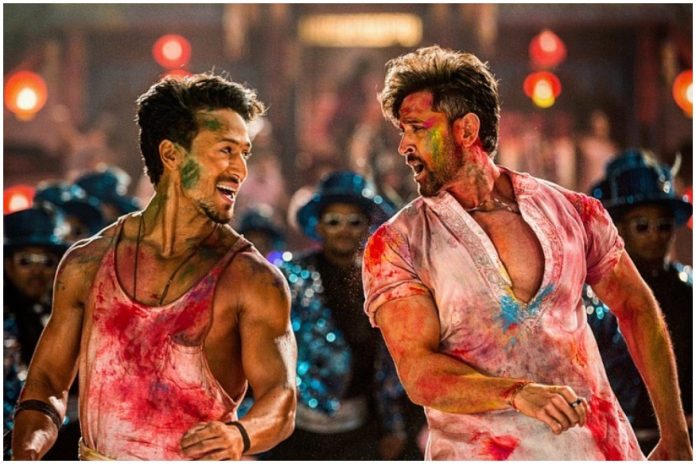 Hailed as the two best dancers of India, Hrithik and Tiger rehearsed for 3 weeks with each other to nail this Holi track that will surely become a dance anthem of this decade.

After almost a year of speculation, Yash Raj Films have confirmed that Hrithik Roshan and Tiger Shroff, two of the biggest dancers of India, will be seen dancing together in War! This lethal combination definitely makes it the biggest dance track of Bollywood this decade. A big-budget Holi song, Jai Jai Shivshankar, will see the two bring their A-game on.

Director Siddharth Anand says, “Since the inception of the film, people were speculating that there would be a huge dance anthem featuring two of the best dancers of our country (India), Hrithik and Tiger. While people were wowed that two of the biggest action heroes of India were combining for the first time, they were also equally excited to see them dance together in War. This has been the biggest anticipation which automatically becomes a huge pressure for the people to deliver a cracking song that should become an anthem!”

He adds, “Firstly, we had to actually get the track right, get the track that actually justifies them dancing on it together. Hrithik and Tiger have had very, very good songs and big hit songs to their credit. Now, we are bringing them together for the first time and so we have all the more responsibility to deliver a song that should become a blockbuster instantly. I told Vishal and Shekhar that this is not just a song, this is a responsibility. I think it’s the blessings of God and the blessings of all the fans of Hrithik and Tiger that we have been able to create a track, which is truly an anthem. You have to hear it to understand it!”

Shot on a scale that no Bollywood song has been ever shot before, Jai Jai Shivshankar releases today. “After we got the right track that had this kind of groove and beat which is so big, we couldn’t have shot it in any lesser way than we actually did,” Siddharth says. The song featuring over 500 dancers was conceptualised by choreographers Bosco and Caesar for more than a month before it was brought to Hrithik and Tiger.

Siddharth says Hrithik and Tiger rehearsed for 3 weeks to make this song a visual spectacle for audiences. He adds, “This is a Holi song in the film and what actually got me excited about the song was its lyrics. It says ‘Jai Jai Shivshankar, Aaj mood hai Bhayankar’. When you see this song, you will get into a bhayankar mood to dance, you will just freak out and that is the killer part of it.”

Yash Raj Films War, promises to be the biggest action spectacle of all times. The high-octane action entertainer will see Hrithik and Tiger pitted against each other in a massive showdown. Warwill see the two superstars push their bodies to pull off jaw-dropping, death-defying stunts in a bid to beat each other.

War has been shot in 7 different countries and 15 world cities. Hrithik and Tiger have raised the bar of action by mercilessly fighting each other on land, water, frozen ice and air. Four action directors from across the world have been roped in to choreograph the biggest, never seen before action spectacle on screen. Produced by Yash Raj Films, War is set to release film is set to release in cinemas on 2nd October 2019. It also stars Vaani Kapoor playing Hrithik’s love interest in the film.