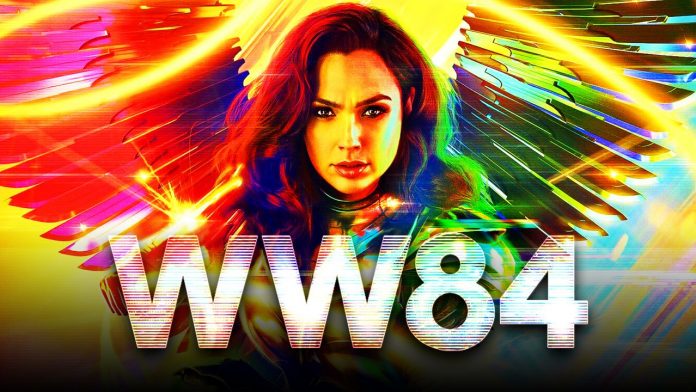 Fast forward to the 1980s as Wonder Woman’s next big screen adventure finds her facing two all-new foes: Max Lord and The Cheetah.With director Patty Jenkins back at the helm and Gal Gadot returning in the title role, “Wonder Woman 1984” is Warner Bros. Pictures’ follow up to the DC Super Hero’s first outing, 2017’s record-breaking “Wonder Woman,” which took in $822 million at the worldwide box office. Can the sequal make lightening strike twice?

Diana (Gal Gadot), now works for the Smithsonian Museum in Washington. Another employee is socially awkward, downtrodden Barbara Minerva (Kristen Wiig), a geologist charged with dating a hoard of artefacts that have just come in – including a stone that she initially judges as fake, but soon discovers is of a worth that you cannot put a price on (not least as a MacGuffin).

Max Lord (Pedro Pascal) certainly sees its value, though. This slickster might seem like an embodiment of the American Dream – he heads up oil company Black Gold, and his infomercial is forever playing on TV – but he’s broke and about to be reported to the FTC for his Ponzi scheme. Now if only he could get his hands on that peculiar stone…

Performance wise the gorgeous Gal Gadot again gives a spectacular performance as the lead heroine. She is warm, positive and loving and can give Batman and Superman a good run for their money in the action stakes. The actress again really nails the iconic character in all her glory. She is wonderful as the strong Amazonian warrior who grows up quickly in a world which is so far removed from hers. Like Christopher Reeve in the first Superman she again nails the awkwardness of pretending to being the mortal Diana Prince and the brave super heroine Wonder Woman. The charismatic Gal Gadot, still shines as the gorgeous and statuesque stunner shes is. As Wonder Woman she sontinues to  radiate goodness, light, and hope in a way that is even more infectious in these times of global uncertainty , she still makes you believe in the power of superheroes

The supporting cast of Kristen Wiig as Barbara Minerva / Cheetah is excellent as the Selina Kyle highly insecure geologist and gemologist who befriends Diana before becoming imbued with mystical abilities that gradually transform her into an apex predator-like superhuman. She allies herself with Lord to fight Diana. Pedro Pascal as Maxwell Lord is also excellent as the struggling yet charismatic businessman, famous for TV infomercials, and the founder of Black Gold Cooperative. After spending the majority of his life searching for the mythical Dreamstone, Lord acquires it after manipulating Minerva. Lord uses it for personal gain and power, and he absorbs its gifts after wishing to become the living form of the stone. His performance looks inspired by Gordon Gekko from Oliver Stone‘s Wall Street and by Gene Hackman‘s portrayal of Lex Luthor in Richard Donner‘s 1978 Superman film.Chris Pine as Steve Trevor: An American pilot and spy from World War I and the love interest of Diana, who had died during the events of the first film is hilarious as the fish out of water character in this film.

Director Patty Jenkins again gives us another box office winner in the DC Universe sequel to the 2017. The movie opens on the island of Themyscira, where young Diana competes alongside grown (wonder) women in a thrilling triathlon in which the precocious Diana manages to take the lead. The message here isn’t simply that women are equal to or better than their male counterparts, but that society underestimates children as well. From this empowering prologue, “Wonder Woman 1984” wants girls to know that the sky’s the limit to their abilities — with one key caveat: “No true hero is born from lies,” explains auntie Antiope (Robin Wright).The film picks up at a breathe neck pace once the Dreamstone grants each main character with what they wish for.

Wonder Woman 1984 is a huge treat and even though it takes a while to crank up, it manages to entertain us all in this time where we could all do with a superhero like Wonder Woman.The only draw back is that some of the action scenes are very similar to X2 and other summer blockbusters..But these are minor quibbles for a film that delivers what we all want from a huge blockbuster.

Put everything down and prepare to be enthralled again by the continuing adventures of Wonder Woman.

No Man’s Land Review: A Well-Meaning But Flawed Border Western 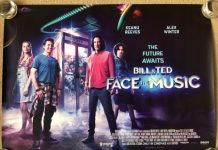